Skip to content
Home/coaching, Enneagram/Knowing your personality in depth with Enneagram
Previous Next

Knowing your personality in depth with Enneagram

Do you have problems identifying your Enneagram Personality Type? Maybe finding your “Centre” or your Enneagram Triad first would help. The 9 Types are not arbitrary, they fall into groups of 3 within each Triad.

Each of the 3 Triads are associated with a “Centre” or function of human intelligence:

The Triads represent the three main clusters of issues and defenses we have, and reveal the principal ways we contract our awareness and limit ourselves. Recognising our Triad gives us a lot of understanding about how we usually operate in the world, what we could do less of, and what we could do more of. The other two Triads show us where our blindspots or weaknesses may be.

While you may be able to communicate better with people in your Triad, relationships with people from other, Triads can help bring elements of your personality into balance. One of the Enneagram’s goals is to teach you to observe and harmonize all three centres within you. When your head, heart and instinctive centres are aligned, you will feel more whole, centred and balanced. It will be easier to function fully and creatively in your daily affairs.

The first reason to study the Enneagram is to develop a working relation with yourself.

To know yourself and be in more control over your thoughts, emotions and actions. The second reason is to be able to understand people as they see themselves, and not how you see them. This opens up a whole new level of communicating and means to truly get the best out of your relationships.

The Instinctive Triad is concerned with the instincts of the body, basic life function and survival.

The ability to balance their instinctual energy, their vitality and life force. 8/9/1s employ ego boundaries in an attempt to use their will to affect the world without being affected by it. That is, they resist being influenced by current reality, becoming self-forgetting or defensively resisting the influence of others. They are hooked by the present, perceptually. When they are healthy, they relate to their environment and to others exceptionally well, with a deep wisdom from within.

[Overexpresses instinctual energy, using too much energy for the matter at hand]

Focus of attention and energy is directed outward against the environment, so that nothing can get too close and control or hurt them. They repress their vulnerability and tenderness. They have tremendous vitality and a keen intuition. They are powerful and dominant, and not afraid to act out their rage.

[Out of touch with instinctual energy, zest for life]

Energy is directed against both inward and outward “threats”. They do not want certain feelings and states to disturb their peace, and at the same time they do not want to be hurt. They repress their instincts and their responses become “frozen”, resulting in apathy and loss of vitality. They have a centeredness that enables them to remain calm. They are accommodating and often deny their rage.

[Underexpresses instinctual energy, by trying to control it]

Energy is directed inward against their internal impulses, trying to keep them from getting into consciousness. These are aspects which they do not trust or approve of, and they suppress these powerful instinctive drives and emotions. They seek perfection, and see anger as a character flaw and repress their rage. They are aggressively self-critical, and become tense and rigid from inner conflict.

The Feeling Triad is concerned with developing a self-image and becoming identified with it. They use it to attract love, attention, approval, and a sense of value. As they focus on how others see them, they could get out of touch with their real feelings. They could lack a proper love of self. Their two major themes involve identity issues (“Who am I?”) and problems with hostility (“I hate you for not loving me in the way I want!”). They are hooked by the past, emotionally.

When they are healthy, their feelings are the focus of what is admirable about their personalities., becoming highly valued for their interpersonal qualities.

Self-image is presented outwardly to others, looking for positive responses to their friendliness, helpfulness to build up self-esteem. They are interested in playing the role of nurturer, and try to present a loving image. They have difficulty knowing what their own feelings are telling them. They frequently feel unappreciated, and yet must conceal the hostile feelings this generates. They become ultragood to avoid feeling shame.

[Out of touch with real feelings]

Self-image is presented both to self and to others. They seek value through accomplishment, trying to become a valuable person. They want to be seen in a good light, according to socially agreed-upon norms. They need positive affirmation from people, and also attempt to create and sustain an internal picture of themselves, engaging in internal “self-talk.” They become outstanding in performance and achievements to avoid feeling shame.

Self-image is presented inwardly to themselves, tending to create and maintain moods rather than feel current feelings. They need to be “different”, original, and often feel estranged from others. They have a strong need to express themselves. Less healthy Fours see themselves as victims and prisoners of their pasts. They dramatize their losses and hurts to avoid feelings of shame.

The Thinking Triad is concerned with finding a sense of inner guidance and support. They are future-oriented, asking, “What’s going to happen to me?” They have difficulty making decisions and determining how to move into the future. They are hooked by the future, behaviorally. Their mind is an inner chatterbox, forever coming up with strategies, reacting to fear.

When they are healthy, they have remarkable insights, ideas, ability to understand things, and are profoundly perceptive.

Flee inward, believing that the only safe place is in their minds. They retreat until they learn something or master a skill that would allow them to come out of hiding. They are convinced that support and guidance are not available or reliable, and that they must “go it alone.” They rely on their own resources, and find safety in knowledge and/or withdrawing.

[Out of touch with inner guidance]

Flee inward to avoid external threats and outward to avoid internal fears. They bounce around a reactive cycle. They look for guidance from others, ironically to become independent. They seek approval from authority figures, or/then they rebel against authority to prove their independence. They try to control their fear through vigilance. When healthy, they have the ability to foresee potential problems.

[Underexpresses thinking, thinking too quickly without ramifications of their actions]

Flee outward to avoid aspects of their inner world. They charge into life, appearing courageous and adventurous. They’re escaping the fear of being trapped in emotional pain, grief, and anxiety. They keep active and their minds occupied so that underlying anxieties and hurts will not surface. They respond to lack of guidance by trying everything, going after what they think will give satisfaction and security. 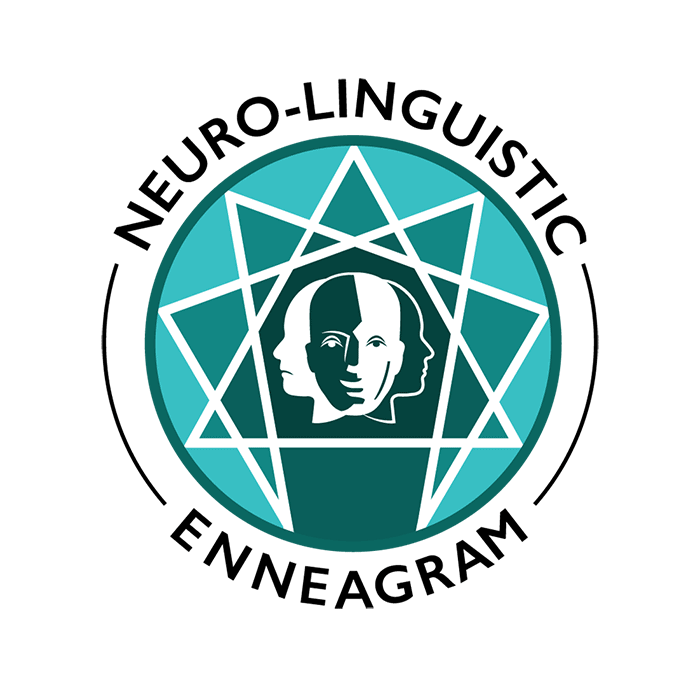 Knowing yourself is only the beginning. Especially if you’re a Coach or intending to become one,
the Neuro-Linguistic Enneagram (NLE) coaching framework enables you to translate Awareness into Practical Whole-Person Development. The impact of the Enneagram is not just in its insightfulness. The Enneagram would really make a difference when the Coach and client are able to turn self-awareness into observable behavioural, emotional, mental changes.

About the Author: Agnes Lau

Agnes is a trainer and coach at Mind Transformations. She works with clients to transform their lives, where her coaching talent is complemented by her deep knowledge in applied psychology, Neuro-Linguistic Enneagram personality profiling and complementary health.