Skip to content
Home/success-stories/The Doctor Within: How I learned the connection between emotions & physical illnesses
Previous Next

The Doctor Within: How I learned the connection between emotions & physical illnesses

“You have the power to heal your life, and you need to know that. We think so often that we are helpless, but we’re not. We always have the power of our minds…
Claim and consciously use your power.”

– Louise L. Hay
Author of You Can Heal Your Life

As I believe in the power of example, allow me to share with you an experience I had that threw light on the connection between my emotions and what I was physically suffering.

Two years ago I had a really bad allergy:

I was sneezing every 3-5 minutes, having a runny nose, my eyes were swollen and I was getting about 4-5 hours of sleep every night (which to me is very little). For three months, these symptoms had a negative impact on my daily activities.

I saw four different doctors who ran tests on me and prescribed 4 different treatments that were “guaranteed” to have immediate effects. None of them helped. So there I was, three frustrating-and-exhausting-months-that-left-me-feeling-helpless later, open to anything and anyone that could have the cure.

Then a friend asked me one day:

“Do you have any unresolved conflicts or do you share different views on some matter with someone you love and feel frustrated about it?”

My answer after 30 seconds of silence was:

“Yes, I do. I am temporarily living with my mother and I haven’t lived with her since I was 18, so she treats me (10 years later) like she did back then:

‘Why are you meeting your friends again? You just saw them yesterday.’

‘You have to dress nicely because we’re going to church and what will people say if they see you dressed like that?’

To me, these are limitations that I left behind when I left this house and I don’t want to get back to them just to please my mother.

But at the same time it’s difficult to talk to her in terms of beliefs and limitations… So, yes, I’m all torn inside and there’s this silent conflict between the two of us.“

My friend asked me to read the book “Tell Me Where It Hurts and I’ll Tell You Why” by Michel Odoul, about how emotions were related to physical pain and illnesses. So I did, and it made perfect sense to me, therefore I decided to work on the unresolved conflict by applying NLP techniques such as parts integration, perceptual positions, anchoring, and problem-solving strategies. I also internalised the following NLP presuppositions:

“The map is not the territory.”
“There’s a positive intention behind every behaviour”
“Separate the behaviour from the intention.”
“Everything is connected.” 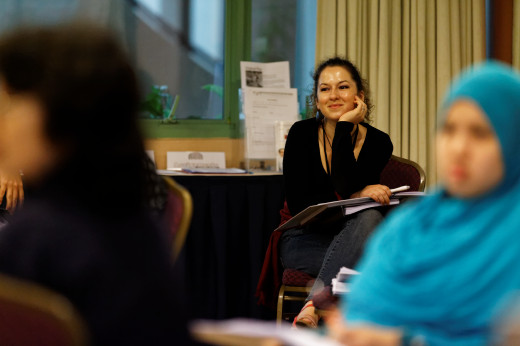 They worked like a charm and I’m not exaggerating one bit.

I managed to see the intention behind her behaviour, to walk in her shoes. I saw that she was trying to protect me and that because I was in her house, she felt responsible for me and for the image I was projecting of my family on the outside, and what her friends thought and said about us was important to her. She probably wanted “people” to acknowledge her for the good way in which she had managed to bring me up. With this, I was able to to get the tearing parts in myself come to terms with one another and so on…

Once I did all that, my anger, frustration and resentment melted away and there was a place for love, understanding, harmony and serenity. I felt so relieved and calm… It was like someone had just lifted a huge stone off my chest.

And guess what? Two days later I was sneeze-free, I could sleep like a baby and my face was normal again. 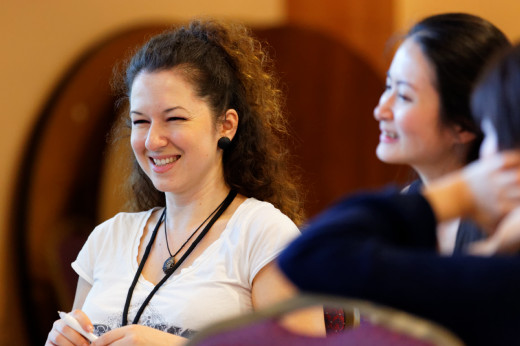 Now, when I feel something unusual in my body, I address my emotions first. I learned that we have the power to heal our own bodies. The real doctor is not in some fancy, expensive clinic, but inside each and every one of us.

About the Author: Flavia Pal

Flavia is a trainer & translator from Romania. She is a NLP Master Practitioner who believes in the principle that less is more. She believes that moments of happiness blossom when there is no ego involved in what we do.