An NLP meta programme that I think is particularly useful and relevant for most of us is to look at the difference between people with a ‘procedures’ preference and an ‘options’ preference. This relates to how you go about doing a job.

Someone with an options preference likes to experiment with different ways of doing a job.

They won’t always do it exactly the same way; they’ll vary things to see if they can get different results, to see what works best and so on. Someone with this preference is likely to find it quite hard to follow an exact process that someone else has specified.

By contrast, someone with a procedures preference works on the principle that there is a best way or a right way to do something.

They want to know what the best way is and then they will always do it that way. I’m sure you can imagine that people with those opposite preferences can drive each other crazy!

It’s also sometimes a source of tension in a relationship between a manager and members of their team. When you give a task to someone with an ‘options’ preference they usually respond best if they’re told, ‘This is the end result: you work out how to make it happen.’ That’s great if you’ve got an ‘options’ preference because you can experiment a bit, but for somebody with a ‘procedures’ preference, it might feel as if they’re not being given the whole story. They might really want to know exactly the best way to do the job, so they can do it that way.

I had an example of an ‘options’ boss who had a ‘procedures’ member of staff.

The boss kept saying to me, ‘It really irritates me because every other member of the team is quite happy when I tell them the end result I want and they just go away and work out and make it happen. But this one person keeps coming and asking me, “How do you want me to do it?”’ and she said, ‘I’m beginning to think that maybe this person isn’t up to the job.’ But then, when we looked at the meta programme differences it became apparent that it wasn’t that the person wasn’t up to the job, the real difference was just that the ‘procedures’ person had an assumption that the boss knew the best way to do the task and just wasn’t sharing it.

Of course, which of these is the more suitable preference will vary from role to role.

I’m sure you can imagine that in some jobs having a preference for ‘procedures’ is really helpful, especially where there are legal procedures that have to be undertaken and certain things have to be done in a particular way every time. Somebody with an ‘options’ preference might find that overly restrictive and might get rather bored. However, if you are looking for continuous improvement, somebody with an ‘options’ preference, who is willing to experiment a bit and look for ways to improve things, albeit in small ways, would be a really good person to have. So again, both of these preferences have their place, they’re both useful in different circumstances, but they can also both have a downside.

The reason I think this is important is that it accounts for some of the differences in the way that people approach tasks. It also accounts for the differences in the way that people talk about what they’re doing. If you asked two people, one with each of these preferences, ‘How is your project going?’ the ‘options’ person will probably just say, ‘Oh, it’s fine. We’re on track, we’re working on this at the moment and everything is going well.’

On the other hand, the person with the ‘procedures’ preference represents things in their mind in a way that they see the whole process.

So they’ll start at the beginning and they’ll tell you everything that’s happened up to today so that you can understand why they’re saying that everything’s okay today. For them, it would seem like incomplete information if they just told you the end result, so they have to give you the beginning and paint the whole picture.

Similarly, if they were on the receiving end of just, ‘Yes, everything’s fine,’ the person with the ‘procedures’ preference could get quite frustrated because they might feel as if you’re not telling them everything that they need to know.

The next time somebody starts right back at the beginning of the story and tells you everything that they think you need to know, just bear with them because it isn’t that they’re doing it to bore you.

It’s just that for their process inside their mind, they need to do that. That’s how they know that they’ve told you everything that matters.

If you manage people, it can be very helpful to understand the preferences of each person in your team for options or procedures.  It will help you to decide how to allocate work and what to expect when you ask for a progress report.  It will also help you to adapt your own communications to connect with your team members’ individual ways of thinking.

(Excerpt from ‘Introducing NLP for Work, the Practical Guide’ by Dianne Lowther, published by Icon Books on 5th April 2012) 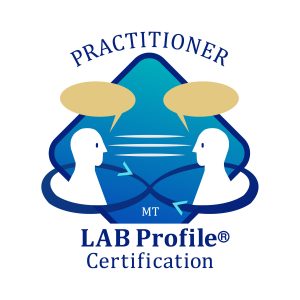 In the LAB Profile® Practitioner Certification Course, you’ll learn to apply the 14 patterns of Meta Programmes in your work.
Put me on Priority List for 2022 intake.

This course teaches you how to decode your stakeholders’ decision triggers and how to hire people who are motivated to perform—all based on the cues in their Language & Behaviours. This course is run in Asia once every two to three years. We hope to have you in this class: LAB Profile® Practitioner Certification Course

About the Author: Dianne Lowther

Dianne Lowther is an award-winning NLP Master Trainer & LAB Profile® Master Trainer, with more than 27 years of experience working with HR and Technical Professionals, Leadership Teams, and Senior Executives. She is the author of "NLP for work" and is known as “UK’s leading strategist on engaging the profitable brainpower on your payroll”.