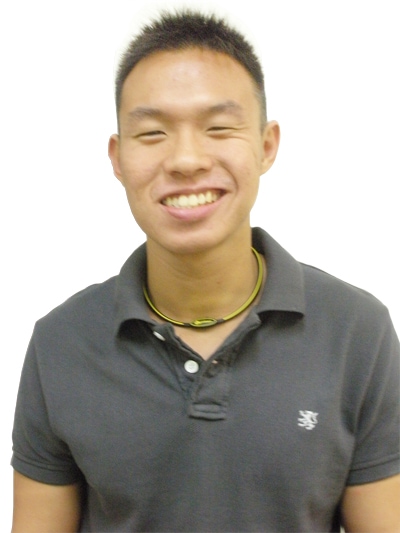 I was a big mess during my teenage years. I was an only child growing up in a restrictive family. It did not help that my family quarrelled frequently and that my grandfather was ill. I used to lack the adequate social skills and suffered from low self-esteem as a result of the difficulties I was facing. Childhood asthma got in the way of my getting involved with team sports like soccer or basketball. I eventually stayed away, fearing that I lacked the fitness or skills to keep up with my peers. Life was not all that bad though. I did have a few friends, but the over-protectiveness of my family resulted in my missing out on a lot of late night outings and the more adventurous activities. There were also personal issues that I was tackling alone.

As such, I turned to the only alternative I had – video games and computer games.

In no time, I got the hang of things and became pretty good at it.It was my personal private space, an escape from the problems of the reality that I lived in. I spent a good deal of my time gaming everyday and began neglecting my school work and family. But that did not matter to me back then since, to me at that time, they were sources of irritation. I used to head to LAN gaming shops straight after school and head home in time for dinner and another round of gaming. Life went on and I managed to scrape by in terms of academics.

These games were the new hype. The player enters a whole new world each time he/she enters the game. You determine who you want to be, how you look, what you wear, how you behave and what you do. It was as if you had an alter ego, an alternative life that you could live, an alternative reality where the possibilities were endless.

What made things worse was that MMORPGs had no end per se.

You can never “finish playing” an MMORPG as there are no final objectives. This coupled with the fact that the game is played by sometimes hundreds of other people, providing dynamic interaction, made it irresistible for someone like me. My character in the virtual world embodied most of who I wanted to be in the real world. Gaming became more than an enjoyment, it was an escape. An escape from the problems I did not want to face, an escape from the reality that I lived in, but also an escape from actually doing anything that mattered.

Before anyone knew it, I was hooked.

Gaming 24/7 was not a joke, it was my literal reality. I even had programs to run the game for me when I was at school or not at home. I started to lie, neglect my principles, neglect my family and even my religion. My family did make many attempts to dissuade me, but I refused to listen. It further soured our relations and more and more, I became involved in, as well as, the source of quarrels in my family. But I did not care, only gaming mattered!

I had failed my ‘O’ Levels preliminary examination – miserably. I stopped gaming completely and went full steam into studying. Eventually managing to pull through, I went back to gaming, but I was never in as deep as before that traumatic experience. With additional time on my hands, I started trying out new activities aside from just studying. And I was amazed by the results. I found out that I could actually do some things, such as being part of the track and field team, which I had previously thought impossible for someone like me. I took up running and started going to the gym, lost weight and got in shape. My social life started taking a turn for the better as well. My self-confidence kept increasing as I realized that the only limiting factor in the past was actually me. My mind had placed limits on my capabilities while gaming kept me happy and sedated, not willing to take that first step.

Without making a real change from within, all changes I was trying to make externally were just superficial and unsustainable.

Over the years, I became more interested in self-improvement and self-mastery, which eventually led me to the discovery of Neuro-Linguistic Programming (NLP).

A good friend of mine had recommended me to Mind Transformations, after having completed a basic NLP course with them. With what money I had, I took the plunge and have never regretted a single moment thereafter. NLP opened a whole new world to me. The tools I acquired were nothing short of invaluable. I soon began to understand why people were behaving the way they were and learnt to appreciate the intention behind every behavior. NLP has also taught me to break down success stories into compartmentalized and sequential little steps, which can be repeated and replicated as working strategies that anyone can use.

I am currently a student in NUS majoring in Psychology, and I can honestly say that I have learnt much more applicable knowledge in the few weeks of the NLP course than I have in the past three years in standard education.

Having embarked on the NLP Master Practitioner (MNLP) course recently, I have learnt much more about people and their underlying motivations.

It has been a journey of acceptance and self-discovery, as well as exposure to different peoples’ maps of the world. The careful integration of the Enneagram Personality Profiling model with NLP has really opened my eyes in terms of understanding myself and those around me as well.

It has been so good, in fact, that to date, I have not been involved in or the cause of a single quarrel back home, thanks to effective communication and understanding.

My family environment has improved by leaps and bounds and things just keep getting better and better day by day. I have also found my calling and direction in life thanks to the MNLP course. It is, to me, nothing short of life-changing. 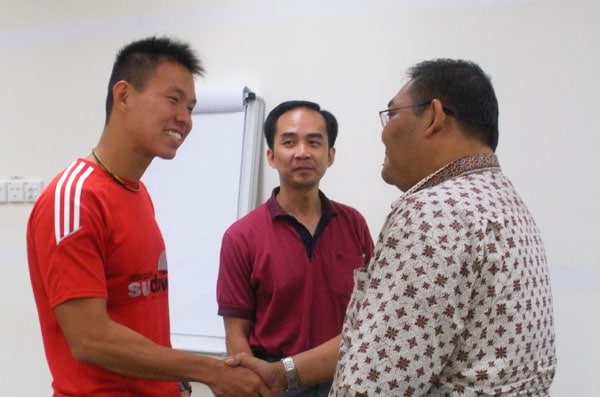 Personally, I relate easily to others and have a deep desire to help others as well as to bring out the best in those I meet. The MNLP course has shown me this and has provided me with the tools and knowledge necessary to make a difference. As such, one of the key areas of focus for me right now is to help those clouded by the illusion of the virtual world – to gain mastery over it and unlock their true potential!

Benedict graduated from our NLP Master Practitioner in 2009.

Like him, you too can reinvent your life and create wonderful breakthroughs.
Meet with us for a complimentary 1:1 NLP Starter Session—learn more about maximising our NLP course for your development.
Whether it is personal development, improving communication skills, or you want to be a coach, you’ll find that NLP fits tightly into each area of application, because it all comes down to the optimisation of our Inner Programming.
Apply for your NLP Starter Session today!